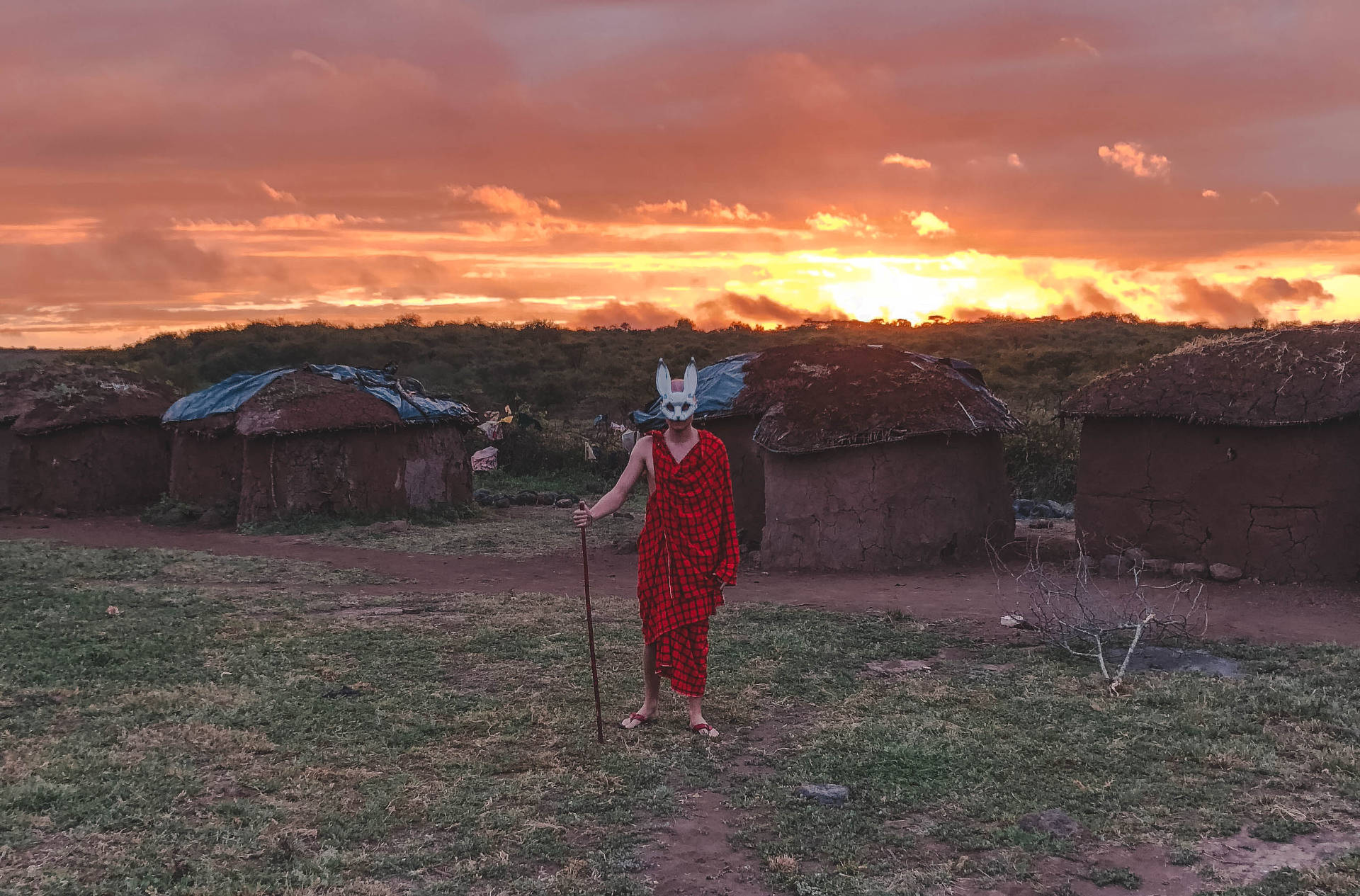 During my one month course Number 9 in Africa I had the unique chance to live with the Maasai. This post is about my time with them and what I learned from them.

Through a friend I’ve got the unique chance to visit Rombo Manyatta. Manyattas are the traditional hut’s of the Maasai. Rombo Manyatta is the biggest Manyatta community in Kajiado County. It was created in 2011 by a new generation called the Iltwatis. The purpose of this new community is to bring Maasai together to learn more about the culture. In 2013 they selected a chief leader who commands over 7000 Moran’s. He was selected by the elders and the president of Kenya himself. In 2014 they have started the school under the tree, which is the first school in a Maasai community. At that place I lived with them in one of their traditional Manyattas and had the chance to learn so much from them. Here are my 5 biggest take aways from living with the Maasai.

1 – Their diet consists of 3 things only The Maasais are nomads and dependent on livestock, they don’t cultivate vegetables or fruits and so their diet mainly consists of eating Meat, Milk and Blood. Yes you’ve heard right Blood. In a ceremony a trained archer shoots a special arrow in the neck of a chosen cow. The animal lives on but the blood can be taken and is consumed together with sour milk.  Although this diet looks completely unbalanced from a western perspective their organism has totally adapted to it. In fact many Maasais I’ve met looked very healthy, tall and strong. Many of them are incredible warriors spending days in the African savanna.

2 – From Lion killers to wildlife preservers

In the past the Moran – the warriors of the Maasai were known to kill lions as a sign of strength. In a matter of life and death and only armed with their spear they fought with them. This guy in the picture on the left killed 9 lions this way. However, nowadays the Maasai stopped doing it and now preserve wildlife instead.

The Maasai face quite some challenges. One huge problem is Hunger and a lack of access to clean water. The community I visited shared a tiny waterhole with cattle & wildlife because the whole river who used to nurture them is dry. When I inquired about it, they told me that it was never so bad in the past. Even Mount Kilimanjaro which you can see from this community and which used to be completely snowcapped is now barely covered with snow at all. The impact of climate change is very obvious and just showed me again, we don’t have much time left to turn us around.

4 – Circumcision of Boys and Girls The Circumcision of Boys and Girls is deeply ingrained in Maasais culture. For Girls the circumcision is done so that the urge for sex with many different partners succumbs and so they can focus on more essential duties. Many girls die in the process or suffer incredible pain. For Boys it is done in front of the whole community as a test of being a real man. If a Boy sheds a tear or doesn’t take it like a real man he will have huge problems in ever getting a wife. Although these practices sound super cruel and terrible and many Maasai communities stopped doing them, they are still deeply ingrained in Maasais culture.

Often Westerners come and just impose their worldview and how things should be done from a place of superiority. I believe it’s not about telling them to stop and do what we do. It’s important to acknowledge where these practices come from, why these rituals are so important to them and how we can carefully substitute their special meaning in a non harmful way.

5 – Money and Materialism on the rise

The biggest struggle I see for the Maasai is to not be able to escape the increasingly stronger western materialistic worldview. The Maasai don’t do trade but some of them live not too far away from civilization. They slowly start to see smartphones and videos and more and more tourists start to visit them. NGO’s come and tell them western health, hygiene & education standards. Unfortunately even in my community this already had an impact. The Maasai start wanting to send their kids to schools because they want them to have education, but they don’t do trade and so they can’t pay the school fee’s. The grass is always greener on the other side and so slowly disappointment creeps in.

When there was just nature, their own culture and freedom in the past, there now is a lack of money, classrooms and resources. And this leads to more frustration. When I was there I told them that all that glitters is not gold. That I am here because I come from this shimmering world out there and it’s not the solution. It’s important to develop, to learn new things and to adapt but never for the price of giving up your own culture. It’s about balance for them and also for us and that’s exactly the reason I’ve visited them.

Can you imagine living with the Maasai for some time? Would you like to volunteer in Africa? Comment below & Click here where I offer you a very unique volunteering opportunity.