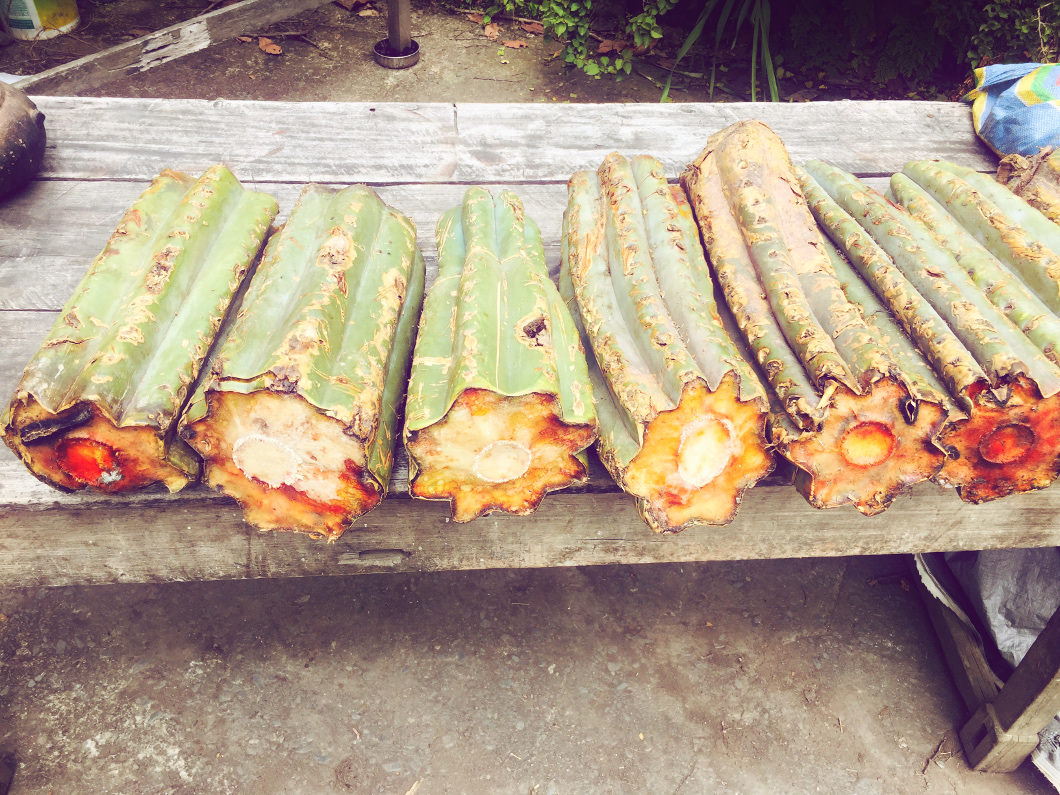 Processed with VSCO with m6 preset

San Pedro Cactus also called Huachuma is like Ayahuasca a plant medicine originating from the Amazon. Because of the growing popularity of Ayahuasca however it is a plant medicine people unjustly often forget about. San Pedro basically has the opposite qualities of Ayahuasca in many ways and is therefore very complementary. Never the less, as well as Ayahuasca, San Pedro is a powerful, potent plant medicine you don’t want to fool around with. So prepare yourself and read this Full Guide.

In this Guide you will get to know what San Pedro Cactus really is all about, what to take care of when you plan to take San Pedro as the sacred healing plant medicine it really is and how you can prepare yourself. It will also cover the differences between Ayahuasca & San Pedro and what kind of beautiful insights you can expect from an San Pedro Cactus experience if you follow all these tips displayed below. But let’s start from the Beginning:

What is San Pedro Cactus?

San Pedro Cactus is a sacred plant remedy originating from the Amazonian Rainforest region. Used in Ancient Shamanic healing traditions since thousands of years. More than just a trip to tell your friends about back home, it is a powerful medicine not to be taken lightly. Indigenous people used the plant as a spiritual discipline to achieve self-realization and healing. But knowing of the power of the plant they never took it for granted and only did ceremonies with a well experienced Shaman who could hold the space.

Ayahuasca and San Pedro are very opposite, which is why they complement each other so well. San Pedro is the Grandfather – Ayahuasca the Grandmother medicine. San Pedro is super active, expressive and done during the day, whereas Ayahuasca is inward looking and done in the night. Here is a list of their opposing Qualities:

How to take San Pedro authentically? As mentioned above. San Pedro is in many ways the opposite of Ayahuasca and can complement it very well. Traditionally there would be an Ayahuasca ceremony followed by a San Pedro Ceremony a few days later. Unlike Ayahuasca San Pedro ceremonies are done during the day. As the effects can last far more than 14 hours it is usually initiated early in the morning as the “breakfast of the Champions”. (A breakfast consisting of San Pedro only). It is either ingested in powder form or as a liquid potion made from fresh cooked cacti. The ceremony is then accompanied by a lot of songs and drumming. San Pedro gives you a lot of expressive Energy and the effects of it can be felt till the early morning hours of the next day. Every indigenous tradition & Shaman does the creative & expressive part a bit different. But here’s a personal reference of how the process of my San Pedro Ceremonies looked like.

The process of my personal San Pedro ceremonies:
Drumming, Singing, Training Qigong, Going on hikes, Doing Breathwork, Practicing Soul Gazing, Having a nighttime Feast & Engaging in integration sharing circles.
After that an intentional sharing circle usually continued till the early morning hours of the following day because the ancestors believed your consciousness is still in such a high vibration that it is good to maintain that state and keep going.
On top of that San Pedro is also consumed in the form of San Pedro Dietas. It basically means microdosing San Pedro on a daily basis. The effect is that your body becomes very sensitive to the medicine after a few days.

From the procedure outlined above you can see San Pedro is not only super powerful but that there’s also a lot more to it than just ingesting it. When you attend a San Pedro ceremony, you are essentially putting your consciousness, physical and psychological well being into another person’s hands. So how can you prepare yourself to not be fooled or even worse to be harmed? Here are 3 Tips for you that will prepare you well

Lastly this Guide wants to answer the question, why people from the West should take San Pedro at all? Why it becomes more and more popular lately? What beautiful insights you can expect from a San Pedro ceremony and also what it can’t bring you…

What is so special about San Pedro?

1 – It switches our Awareness

People in the west are always on their rational side only. This whole website and the Master of love and life program was created to help people face their other side more, because it is so hard for us in the West to loosen the grip of our rational worldview and to do that on our own. Ayahuasca & San Pedro are so Game-changing because they have the power to take over and do that for us. It makes you switch the focus of your awareness solely on your own other side for some time. It brings up things that we never look at, all these traumas & deep emotions that are suppressed on our other side. But plant medicine also shows us what it could be like. It brings us glimpses of resolution, of bliss and happiness. It shows us the door of how to make a change and opens it a tiny little bit. But it is never more than that. Never more than a little crack, never more than a glimpse. It is then up to each individual to bring that into daily life. To open the door completely, To make it a continuous glimpse. To achieve these states of joy and unconditional love as a steady reality. And that’s where a lot of people get it wrong. They run from ceremony to ceremony to get these glimpses back and to make them more lasting but that’s not how it works. Something external is never gonna fix you completely. You have to do the work yourself & integrate it.
But the great thing about plant medicine is that although it is never more than a glimpse, it makes us aware that the spark of light is there. And that’s so essential because we can only want something, that we have seen before.

2 – It shows us what mother Nature truly is The second big teaching that San Pedro gives us is that the same things that apply for us, apply for nature as well. We are not separate. We have this second other side inside of us and so does nature. So San Pedro shows us not only our other side but also the other side of Nature. It makes us see that a flower is not just a flower, a tree is not just a tree and a meadow is not just a meadow, but that instead there is an interwoven greater intelligence at work behind the scenes. It comes through in many different ways and is very individual. I personally had less intense experiences of the other side of nature on San Pedro Cactus. But here’s my personal experience of Ayahuasca & the other side of mother Nature. (Read more about Ayahuasca here)

“When I saw the other side of nature in an Ayahuasca Ceremony for the first time my rational side kept telling me you’re just on a trip, it’s normal to hallucinate and see colors, patterns, animals and the like. But the more I saw this gigantic web of nature that transcended everything the less I could hold on to that believe. These ever changing and adapting shapes, colours, forms and energies just didn’t feel random at all. It was way too rich, way too fast directed and way too intelligent. Deep down I knew that there was no way my mind could make this up. Nature displayed itself for me in such a perfectly conducted, divine & holistic way, that I could only come to realize that this is not coming from me but from nature itself and that the underlying organism must be of highest, divine intelligence. It was very humbling to realize that we in the west who pretend to have everything figured out, actually know nothing about mother nature and the mysteries of this world yet.”– Student of love and life –

3 – It shows us that “The other Side” is always around Plant medicine shows us how incredible powerful our other side can be. It also becomes very clear that in our western world we usually don’t have our awareness on this side but that that doesn’t mean that the other side is less true. We have just never learned to focus our awareness on it. The same goes again for the “other side” of mother Nature. The web of mother nature is also always around us. Everything is always interconnected in every moment. Plant medicine makes us realize that looking at a meadow, a river or a tree is so much more than what our eyes perceive.

And once you have seen this giant web of nature and that nothing is separate, it changes your whole perception of the world. You still go back to your rational worldview but something inside of you has changed. It is this realization that I would wish to have every CEO, politician and leader in the world.
I believe if every CEO in the world would have an authentic Ayahuasca Ceremony, the whole world would change. Because once you have seen it, your relationship to your environment, to our nature and to this precious planet we call mother earth is going to change.