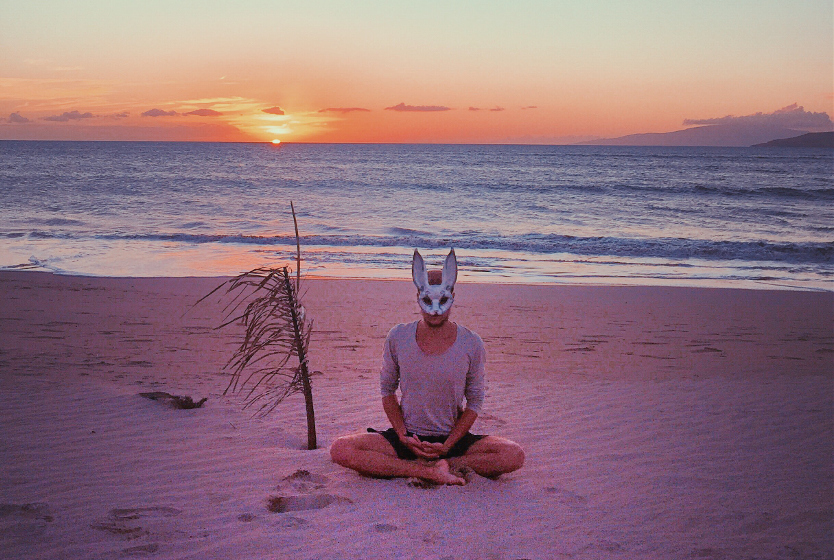 My third one month course is not a challenge but a time to go with the flow. An intended pause to stop my perception of the world for a moment, a time to reset and reconnect with nature. A time to withdraw and allowing down time. It’s about learning to trust my intuition better and seeking inspirations along the way. It’s about things I’ve always wanted to do and about refueling me with inner strength for the next upcoming tough challenges in Hawaii and Peru.

This month course touches a part of the Master of love and life which is about not pushing myself all the time and allowing time to explore. I always wanted to get a glimpse of the “American Dream” and visit both the East and West Coast of America. So this course takes place in the US with the goal to identify what it is that makes this Country dominate the whole world in so many areas. First I flew from Colombia to New York City to visit a friend there. I met him during the time I lived in China. You probably don’t know this, but one of my dreams is to launch my own healthy food chain one day and to change the way we eat with it and my friend and I almost launched it in China last year. We won the 1st place in a Startup contest and all Venture Capitalists voted for us. Although I quickly decided that it is not the right time and place to launch it yet, we became close friends in the process. And reuniting in NYC is probably the best place in the world for food enthusiasts.
So we went on an inspirational food tour through the streets of NYC and explored everything from vegan but bleeding Burgers to our favourite fast casual food chains. The whole trip showed me one more time, our business Idea will definitively work!

After that I flew to California to visit another friend in San Diego. I always wanted to see California and to experience whether all this Hollywood Californian way of life is actually true and desirable. So I did a road trip on the legendary Pacific Coast Highway all the way up the coast from San Diego to San Francisco passing by incredible beaches and world famous places like Malibu & Santa Barbara. I also visited Silicon Valley and saw the epicenter of tech hubs of the world. After that I continued on historical Route 66 through California and Arizona to magical Grand Canyon.

Here are my 3 Take aways from this course:

I believe in terms of landscape it wouldn’t be unjustified to call USA a continent, because they have it all. They have these incredible beaches and purple sunsets with yearlong sunshine on the West Coast but with Alaska they also have one of the northernmost points in the world with thousands of lakes and snow mountains. They also have countless incredible national parks like Yosemite & Grand Canyon and dessert like Sand Dunes in Death Valley but also one of the most remote island archipelagos in the world – Hawaii with the biggest volcanos on planet earth. If you count from below sea level the Mouna Kea in Hawaii is with 10.210 meters actually the biggest mountain on planet earth. So in terms of landscape this country offers it all.

2 – The cliches are really true

It’s crazy but I found that almost all the cliches and impressions you have as a foreigner of the US are actually true. From purple sunsets and the typical Cali Lifestyle and Body Cult to a sea of Pickup trucks and the sheer vastness of the country. From unhealthy, patriotic and ignorant Americans in the middle of nowhere, who never left their hometown in a lifetime and think Germany is a continent to open-minded, self-conscious people, with the nothing is impossible kind of attitude.

Moreover Americas pride and the way people believe is really inspirational. Everything is always a bit exaggerated, from the size of your food package to thoughts and Ideas. But this is part of their success secret. I think if something sums up this American attitude perfectly it is this idiom: “Shoot for the moon and even if you miss, you’ll land among the stars.” And this approach works and that attitude is definitely something other countries can learn a lot from. If you have the highest Goals and believe in them, even though they are not very realistic the law of the universe will make them happen or will let you achieve at least something similar great.

On the contrary we in Germany are often too conservative & realistic. That’s why we often don’t play a role in the biggest inventions, but also why we always deliver what we told we will, which is probably why products made in Germany are a worldwide sign of quality.
Everything has its price. And what comes with this winning American mindset is exaggeration and often a fair share of superficiality and dishonesty.
But when something is so ingrained in the core of your culture it also spreads to daily life. Don’t get it wrong, the benefits of this mindset are impressive and another Idiom: “fake it till you make it” indicate that this works as well. But in the process virtually everything becomes: “super beautiful, and soo amazing and so lovely and America the Greatest…” And as an outsider you feel it’s not real it’s just shallow and it also leads to a lot of ignorance.

I believe Germany and Europe would be better off to take a bit from this contagious believe, whereas Americans should take a bit from our realistic, more down to earth side. What is your impression of America? What are things you always wanted to do?

This months course was about soaking up inspirations, collecting moments and refueling me with inspirations and inner strength. It was about things I’ve always wanted to do and going with the flow. But this time is over now and I feel refueled and full of inner strength for a real one month challenge again. Stay tuned for my next one month awakening challenge in Hawaii. Student of love and life

Living with the Maasai Tribe in Kenya